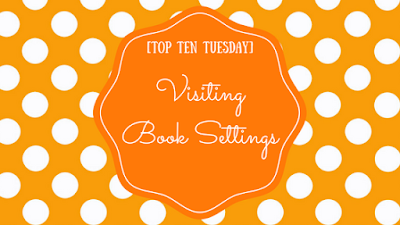 Top Ten Tuesday was created by The Broke and the Bookish. A prompt is given each week, and I hope to do it every week so I always have something going up on Tuesdays. This week I am talking about ten book settings I would love to visit. Sometimes you read about a world or settings and you just want to fall into the book.

This one is fairly obvious, almost everyone who has read the books or has seen the movies have the urge to throw on their house scarf and robes and learn spells from Professor Flitwick. 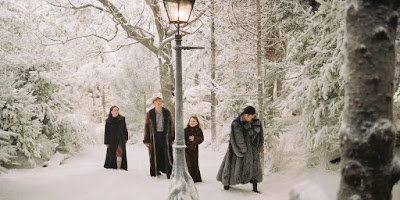 So, maybe not when it's freezing cold while the White Witch has all the power, but this image to me is one of the more iconic ones from the movies. Narnia, would be such a beautiful place to visit.

It feels a little like cheating using more than one Harry Potter setting, but hey, there are so many great places. The Burrow is definitely one of them.Being with the Weasley's, eating Molly's amazing cooking, and just the warmth of home. 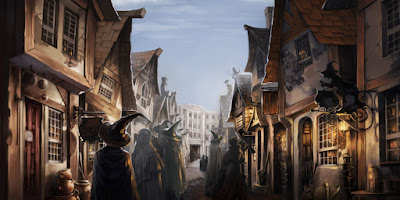 Let's get the last Harry Potter one out of the way. Hogsmeade sounds amazing. With all the different food and sweept shops and course, Butterbeer, I wouldn't be able to resist. 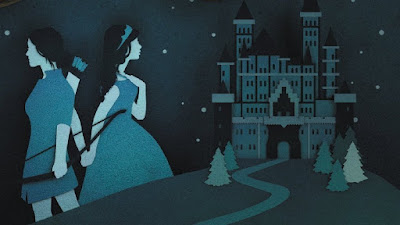 Mynaria (Of Fire and Stars)

A fantasy world where being gay isn't seen as anything other than normal? Sign me up! This story is about a princess who is betrothed to a prince to for family political reasons, but she falls in love with the prince's sister instead. Them being in love because they're gay isn't ever the problem which was so refreshing. We need more LGBTQ+ and diverse fantasy stories. 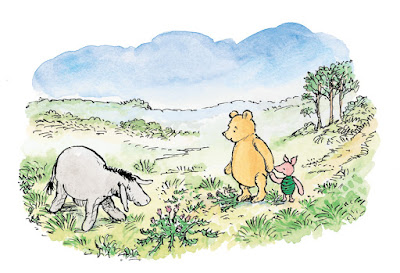 I would be so happy to be able to chill and hang out with Pooh and his friends. I've been in love with Winnie the Pooh since I was younger, like many Disney lovers. My mom read me the stories and I remember them being some of my favorite. 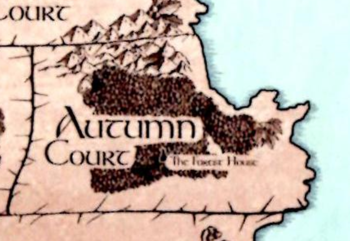 Autumn Court (A Court of Thorns and Roses)

I am a little disappointed I couldn't find any good art work or anything on the Autumn Court so the best I have is that area of the book map. As you can see from all the orange and the leaves from my blog I love Autumn. I  also love the color orange and it's one of my favorite colors. So a place where it's Autumn all year sounds amazing to me. 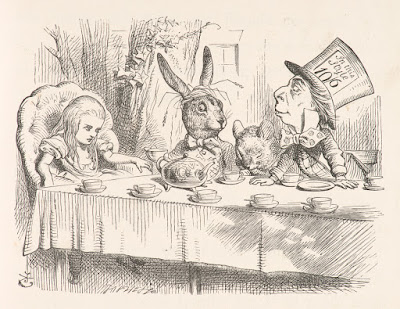 I've said this in my Best  Literary Foods post but I would love to sit and have tea with the Mad Hatter and March Hare. They're absolutely insane but I think it would be fun. I'd also love to meet the Cheshire Cat and the Purple Caterpillar. I'll pass on the Queen of Hearts though. 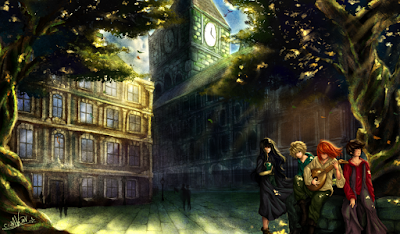 The University (Name of the Wind)

Going to the University where Kvothe goes would be interesting, especially the large library. Like many fictional worlds, there is some bad that comes with the good but going to the library or the pub with Kvothe and his friends would be so much fun.