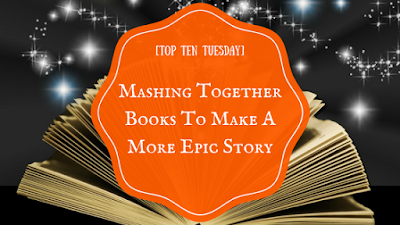 Top Ten Tuesday was created by The Broke and the Bookish but is currently being run by That Artsy Reader Girl. A prompt is given each week, and I hope to do it every week so I always have something going up on Tuesdays. This week I am talking about the books  I'd mash together to make an even more epic story than they already are. This was hard but so much fun!

SPOILERS FOR LOOKING FOR ALASKA BY JOHN GREEN! (#9) 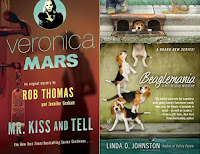 For anyone who doesn't know about Veronica Mars, she is a teen private eye who is hired to help people with different mysteries of their lives. Beaglemania is about a woman who runs a no-kill shelter where the dead body of an employee is found. I feel like Veronica would be great at this mystery! Also, she has a dog named Backup so I know she'd melt surrounded by pups.

This one is pretty self explanatory!! Both are about kids who turn into different animals! I think the kids in both of the stories could help each other and relate to each other. Virals is more focused on a scientific reason why the kids are turning into canines, where the Aimorphs story is more of a sci-fi/fantasy type story but it would still be really cool.

Both of these are set in medieval times and I think it would be cool for Arthur and his knights to chill with Kvothe and his gang. This is more of a thing I think would be really cool without much of an explanation.

Although  I love TFIOS, like most of John Green's books they are more character driven (my favorite kind of stories) but I think it would be cool to see Hazel and Augustus have to solve a mystery. They are both so smart.

Fangirl by Rainbow Rowell & Ready Player One by Ernest Cline

I wasn't a huge fan of Ready Player One last time I read it, but I think it would definitely improve if Cath from Fangirl could go into the Simon Snow verse and experience a VR version of it! That would be so much fun. 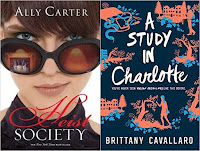 I think it would be really cool to have Jamie Watson and Charlotte Holmes have to catch the Heist Society characters in some sort of act, but once Watson and Holmes realize that the Heist Society kids are doing the right thing for whatever reason they work together to bring down the actual big baddie. I want this so badly.

Vicious by V.E. Schwab & The Hunger Games by Suzanne Collins

How cool would it be if some of the Vicious characters lived in Panem? Maybe they've accidentally given themselves powers, so no one else has them or knows. It would bring such an advantage and make everything so much more interesting than it already is.

Orange by Ichigo Takano & Looking For Alaska by John Green 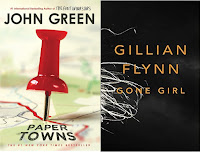 What if before Margo went missing she framed Quentin for murder? That would be intense and super interesting. Not really sure where the story would go but that sounds like a addicting storyline!


Posted by Heather's Reading Hideaway at 1:01 AM